Last week saw the deaths of two homeless men when an abandoned building was destroyed in a fire as well as a group of young people placed under an eviction notice in order to remove them from the empty public-owned building they were occupying
Green candidate for Mayor of Greater Manchester Deyika Nzeribe called on local councils to act on homelessness immediately. 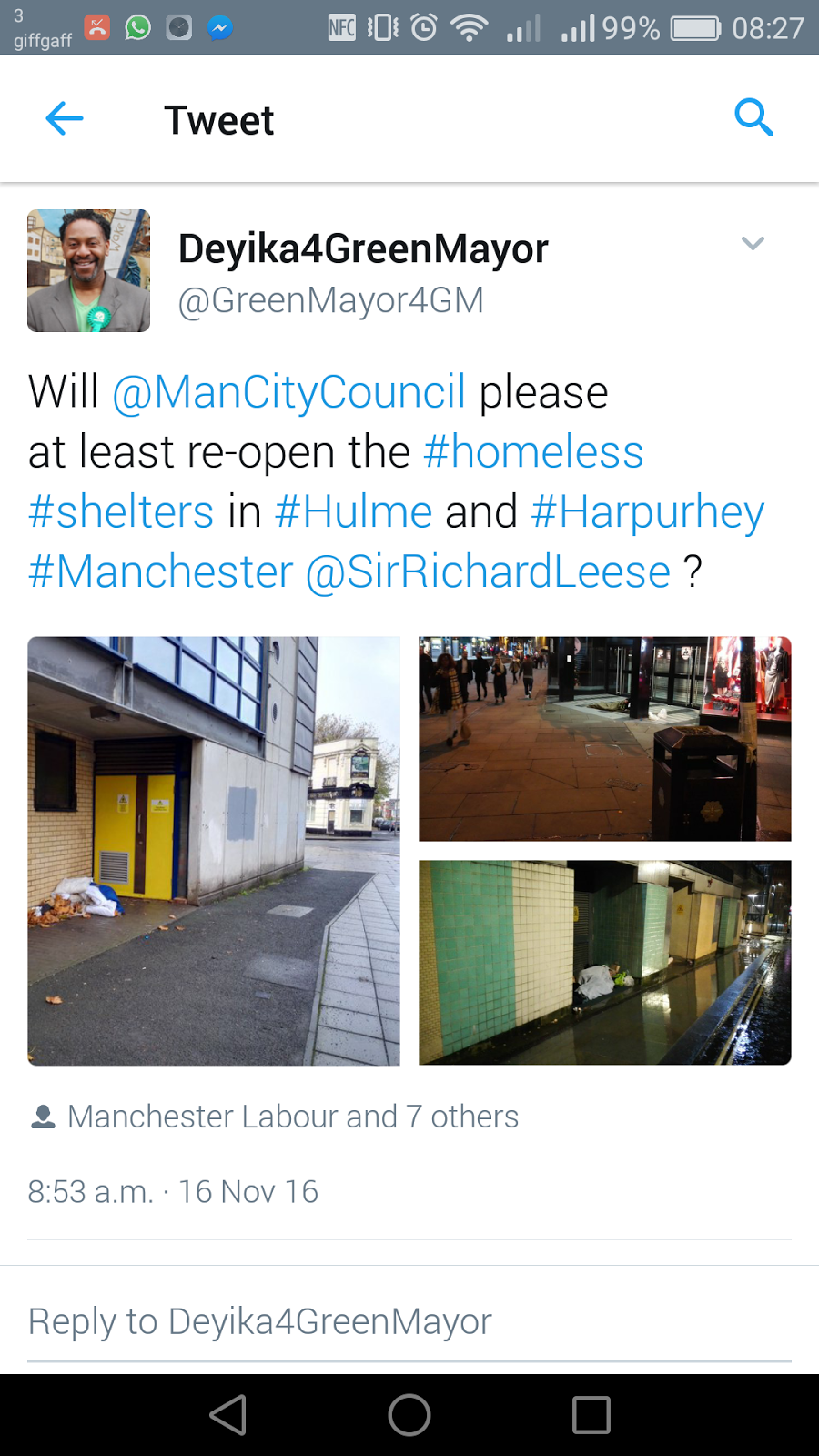 Speaking specifically about the situation in Manchester, Deyika said “This is both is both a tragic and outrageous situation the Council has created. Whilst it’s understood that government policy over the past few years has dramatically increased the levels of extreme poverty, local decision-making has not made things better.
Practical things that the Council can do immediately are
1.    Stop chasing organised groups of homeless people out of the city centre using its legal injunction. It just means that they are more dispersed, it doesn’t make them disappear.
2.    Stop the eviction of the young homeless people supported by the Manchester Activist Network. The building is empty and due to be demolished in over a year. The Council should be working with the group to improve the space, until they can move the young people in there into homes.
3.    Re-open the homeless shelters in Hulme and Harpurhey. There is no reason for them not to be available again AND they are easier to get to than other provision.
4.    Create a committee to address housing and homelessness. All Councils should do this where, like Manchester, there is a crisis in these areas.
At the moment, while offering plenty of words of sorrow and condolence, Manchester’s leaders’ actions on homelessness and housing seems desperately lacking.”