Deyika Nzeribe is a Manchester resident, has lived in Hulme for the past 15 years and has stood as Green Party candidate for the ward. Though he has mainly focused on ward activity he is currently involved in the Greens of Colour national group.

He is a strong supporter of the voluntary sector being particularly interested in projects and activities that explore and address social and cultural equity. Amongst other organisations, he is involved with Manchester Environmental Education Network, Commonword, Sustained Theatre, the PAC45 Foundation and the Northern Police Monitoring Project.

Although he has mainly worked in the voluntary sector, over the past few years he has been temping in Manchester. While he describes this as a precarious working situation, it continues to be an educational experience. Working in both good and bad environments, having experience of the welfare systems changes has provided a perspective of what 'real life' is like for a significant proportion of the people of the region.

"I've worked in housing, IT, the arts, education and banking. I have taken on a variety of roles including customer service, diagnostics, administration, finance, project management and management. I like the roles where you work out a need, develop the idea, resource it and deliver it. I've worked as a finance manager. I know my way around a budget." 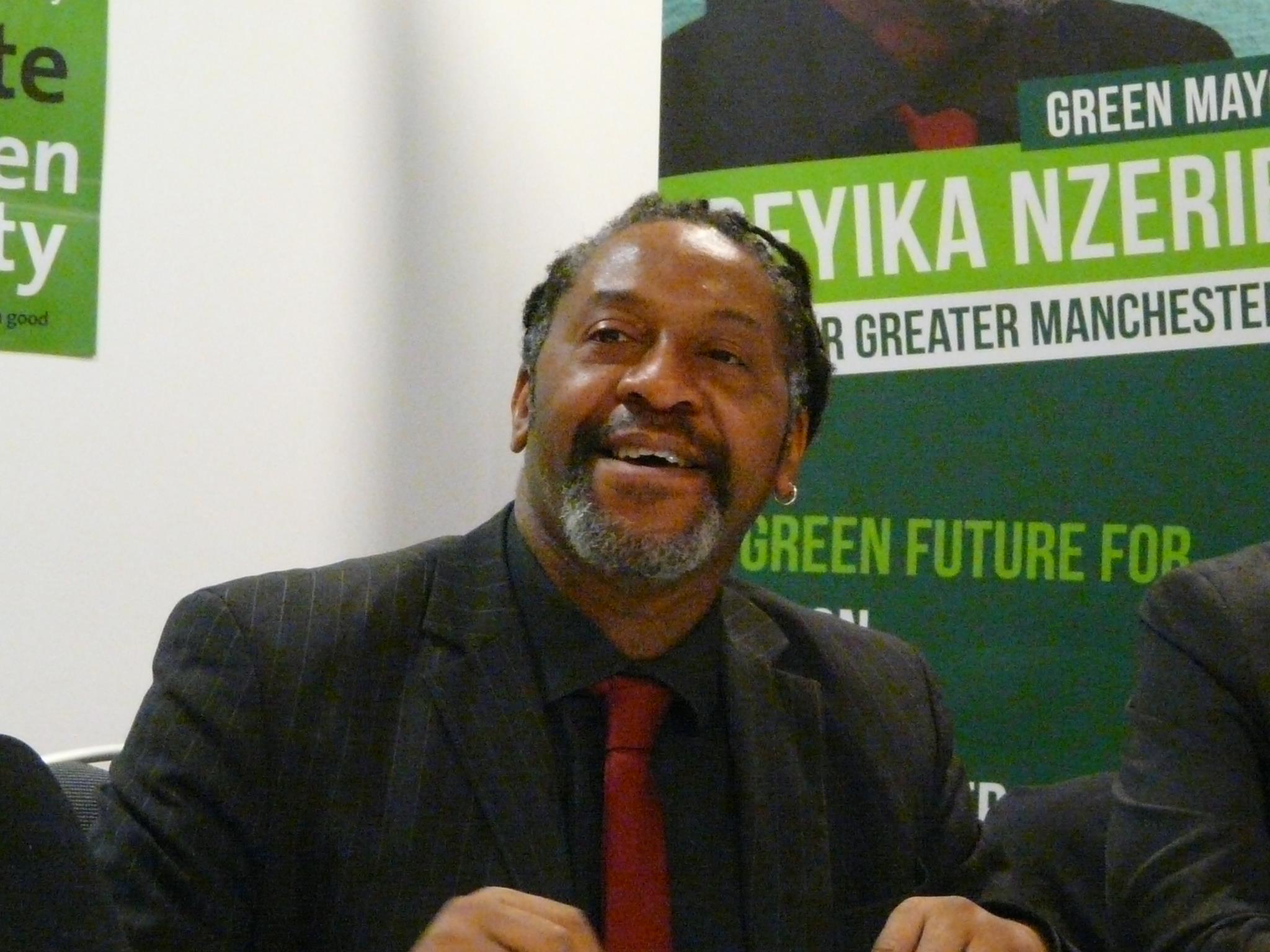 He says, "The democratic aspect of this whole process has been underplayed but it is really important. So far it seems like devolution is moving power from Westminster vested interests' to regional vested interests and the people of Greater Manchester don't get a say. We need to ensure that accountability is built into the process, currently it's absent."

In running for Mayor, Deyika thinks that although Manchester devolution is flawed, it does present an opportunity to influence some of the high levels of deprivation in ALL the areas of Greater Manchester and put in place some real Climate Change action.

Deyika is in his 50s and has 3 children.